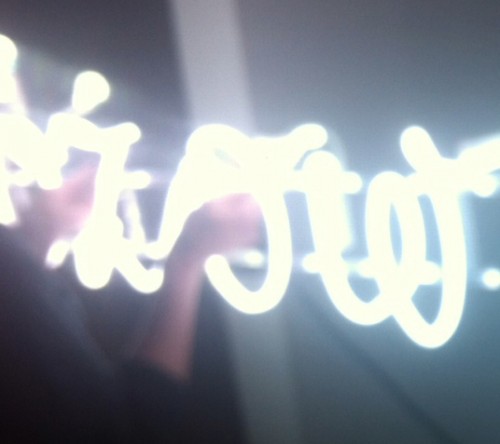 We shall present new works from Elżbieta Jabłońska and Dorota Podlaska inspired by the Maria Pinińska-Bereś and Jerzy Bereś exhibition.
Elżbieta Jabłońska neon sign refers to a Maria Pinińska-Bereś “Transparent”. Thanks to the use of a new medium, the small-scale performance of the Krakow artist from 1980 assumes new, ‘urban’ character and opens the exhibition to what is happenhing outside the gallery walls. Without compromising the subtleness of Pinińska-Bereś work, Elżbieta Jabłońska refers to the context of the new location: the block of flats in which the Monopol gallery is seated, was until very recently known for neon signs advertising sexual services offered by women in its apartments.
Dorota Podlaska will invite the audience to actively participate in her ”Uczta dla dwojga/Feast for Two”. Even though the title also refers to Maria Pinińska-Bereś work, the situation itself has been inspired by both private and artistic relations between both artist the exhibition is devoted to. Podlaska’s performance also asks the question about the nature of interpersonal relations in general: ‘Two people, two dishes, two colours – statuesque brown and frivolous pink. Sweetness and bitterness, duty and pleasure, the choice between sacrifice and egoism. From love to hate and back.’ (D. Podlaska)
The inspiration for the joint Maria Pinińska-Bereś and Jerzy Bereś exhibition was the noticeable disproportion in the appreciation of their artistic output in their living years. Even though at the moment both are considered outstanding artists, starting from nineteen seventies Jerzy Bereś was believed to be one of the most important representatives of socially engaged art in Poland. Maria Pinińska-Bereś works started gaining recognition much later, during the post-feminist period. Nowadays her subtle irony and distance seem to be equally adequate means of artistic expression to talk not only about the role of a woman, but also about interpersonal relations, politics and art. Both artists invited to the ‘Annexe’ share this very approach, as well as very vigilant observation of the reality, especially the most immediate environment, and the desire to interact with others. 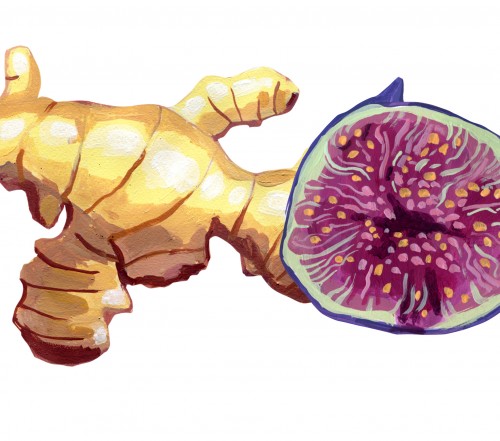